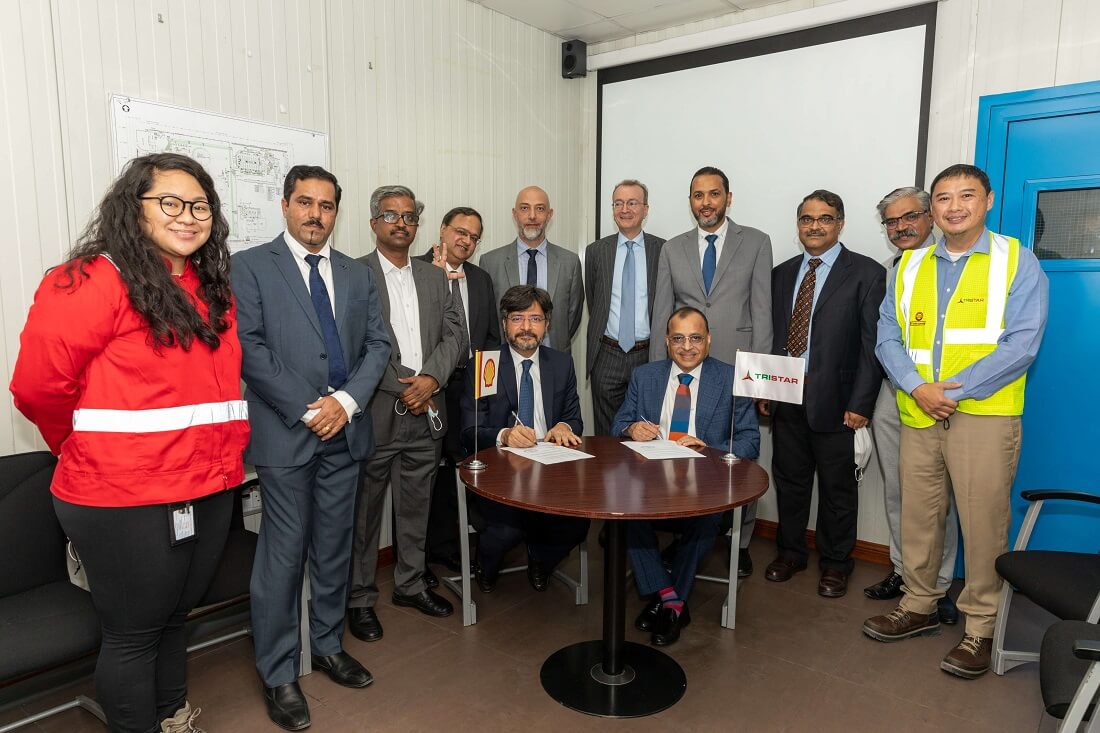 Shell completes sale of terminal in JAFZA to Tristar


Shell Markets (Middle East) Limited announced that it has completed the sale of the Shell oil products storage facility terminal located in the Jebel Ali Free Zone (JAFZA) area of Dubai to energy logistics firm, Tristar Group. The full ownership transfer of the terminal to Tristar Group will be effective from July 1, 2022.

Under the terms of the sales and services agreements signed between the two companies, Shell will continue to supply bitumen and lubricants products and services to its customers from the terminal .

Azmat Jafri, Shell’s General Manager of Customer Operations in Asia Pacific and China said, “While this agreement enables us to focus on our core operations and products, it also allows us to continue to provide our customers high quality bitumen and lubricants products and services. It reflects our commitment to United Arab Emirates (UAE) and our customers.”


Tristar Group recently conducted its 2022 Leadership Summit over the weekend with the theme ‘Transition Towards Energy’. More than 100 executives, inclusive of senior management, country managers, department heads and high performing individuals attended the gathering in Dubai where Group CEO Eugene Mayne reiterated that the “customers and people will continue to be at the center of the company’s growth strategy”.

He attributed the success of Tristar to the dedication and commitment of the staff and the risks the Group has taken. “While financial modelling is a must, I am also a firm believer that nobody can predict the outcome of any plan with any degree of certainty and therefore an element of risk is there in every decision,” Mr. Mayne said. “We would not be where we are today without the risks we took.”

During the occasion, Mrs. Habiba Al Marashi, Chairperson of… [...] 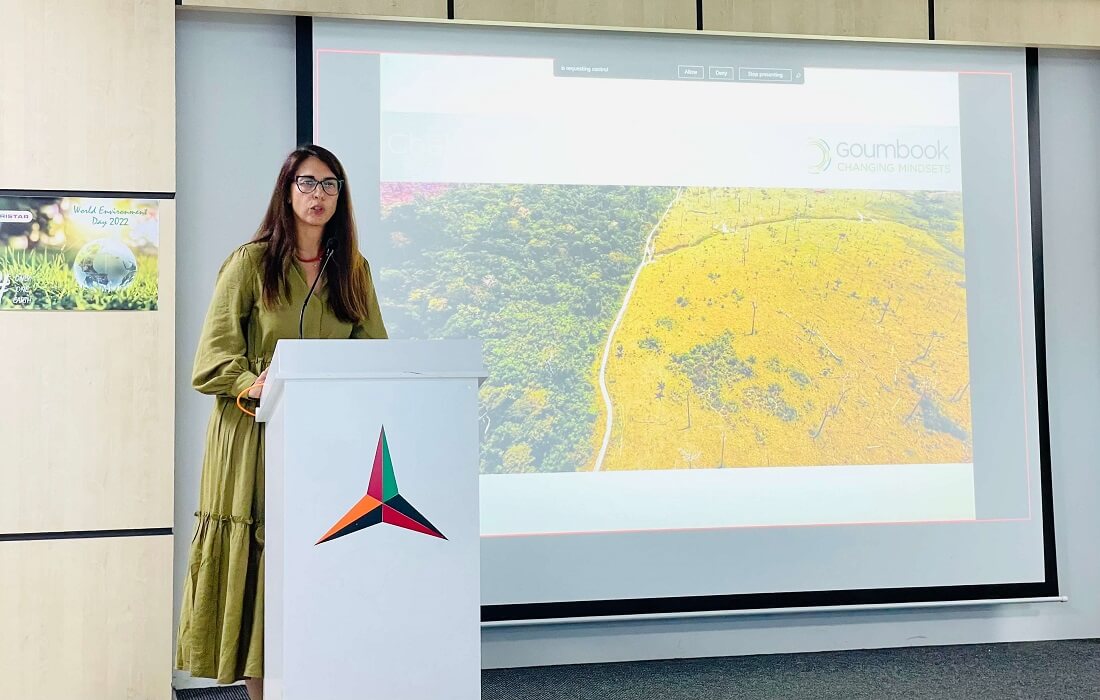 
Tristar conducted its annual World Environment Day (WED) gathering with a hybrid session at its Jebel Ali head office where Goumbook Founder and Managing Director Tatiana Antonelli Abella spoke about the Importance of Sustainability. Bee’ah Group  Education & Awareness Specialist Fatima Humaid Abdalla Sahoo Alsuwaidi shared online about the Benefits of Recycling. Tristar Group CEO Eugene Mayne gave the closing remarks by encouraging the participants from various offices in the UAE and globally to continue protecting and preserving the environment because there is no ‘Planet B’. 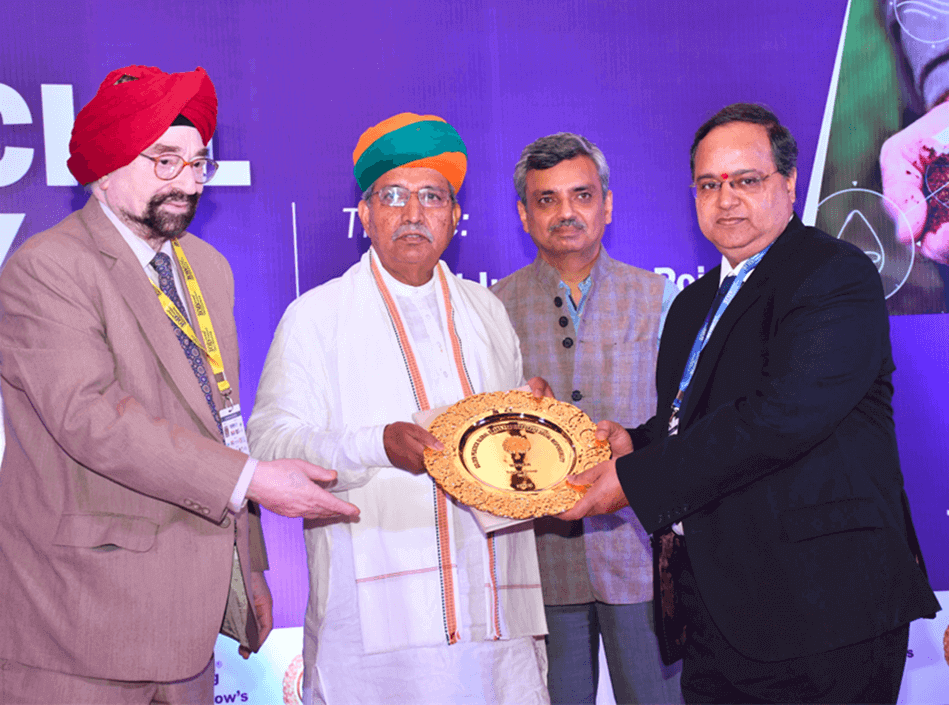 
Tristar Group has won for the 4th consecutive year the Golden Peacock Global Award for Corporate Social Responsibility initiated by the Institute of Directors (IOD), India.

The Golden Peacock Awards were set up by the IOD in 1991 to bring out the best in the corporates and organizations through competition. The awards are now regarded as the Holy Grail of Corporate Excellence, worldwide.

Tristar supports the development of environmental and social innovations for its operations and communities with opportunities for employees and other members to share their ideas with the Environmental, Social, and Governance (ESG)… [...] 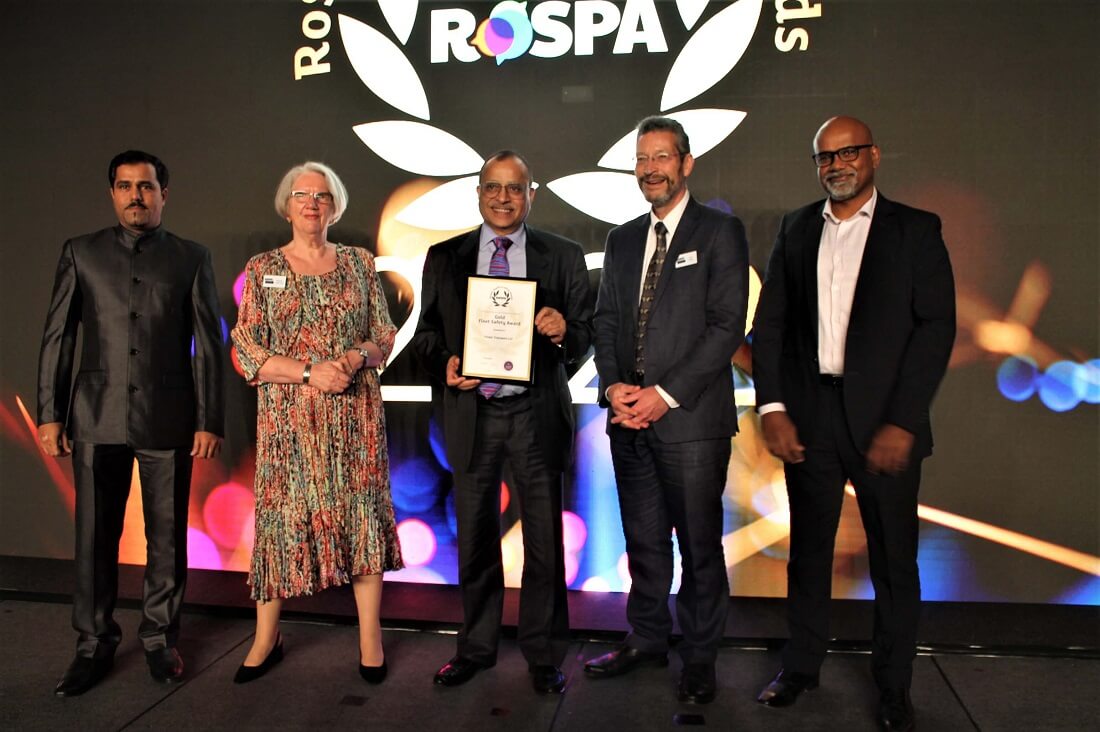 Mr. Mayne earlier received the RoSPA Gold Medal Award on May 17 during the Safety & Health Expo at ExCeL London. Both Gold Awards recognized the company’s 2021 outstanding performance in health and safety and for managing effectively occupational road risk.


Founded in 1998 in Dubai, UAE, Tristar Group is a fully integrated energy logistics business serving the downstream oil and gas industry. With a global presence in 29 countries, it has become a partner of choice for national and international oil companies, including intergovernmental organisations.

Tristar operates to the highest international health, safety, environmental and compliance standards and has received several awards for its exemplary record of operational and safety excellence, as well as sustainability initiatives.

As a leader in its field, Tristar has also launched several road safety awareness-raising campaigns in the UAE, Oman and Saudi Arabia, in partnership with the private and public sectors, and non-governmental organisations. One such campaign is the Quarterly Safety Meeting.

The United Nations (UN) General Assembly has proclaimed 2021–2030 the Decade of Action for Road Safety, with the ambitious target of reducing deaths and serious… [...] 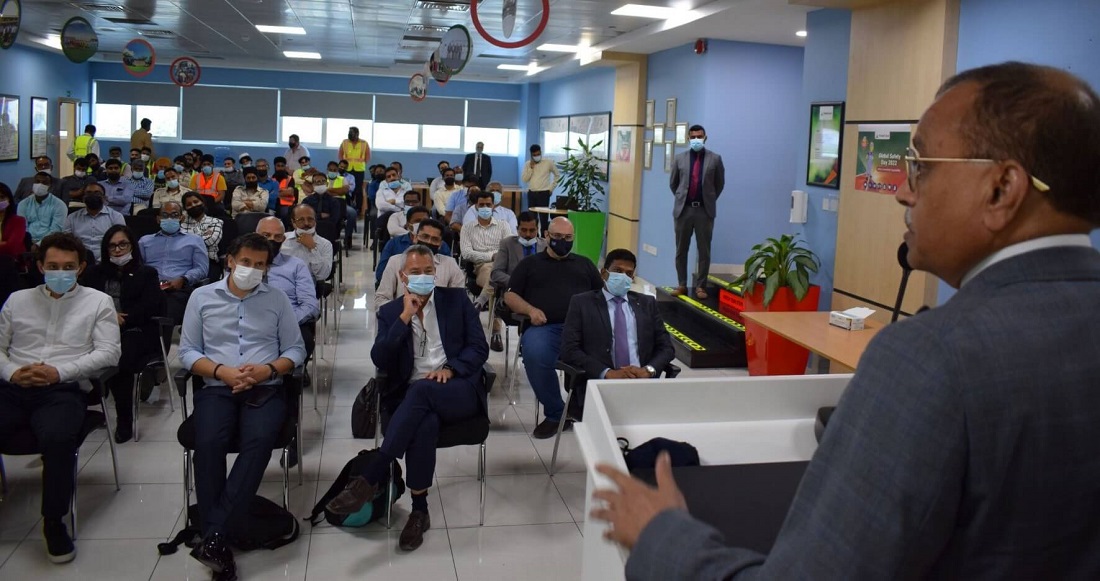 
The annual Tristar Global Safety Day discussed ‘Safety Culture in the Workplace’ and ‘Psychological Safety at Work’ during a hybrid session where Tristar Group CEO Eugene Mayne reiterated before the company’s head office-based staff and overseas employees the importance of working and living safely within and outside the office as ‘safety is everybody’s responsibility.’ Tristar celebrates its global safety day in Dubai with customers coinciding with the International Labour Organization’s annual World Day for Safety and Health at Work on April 28. 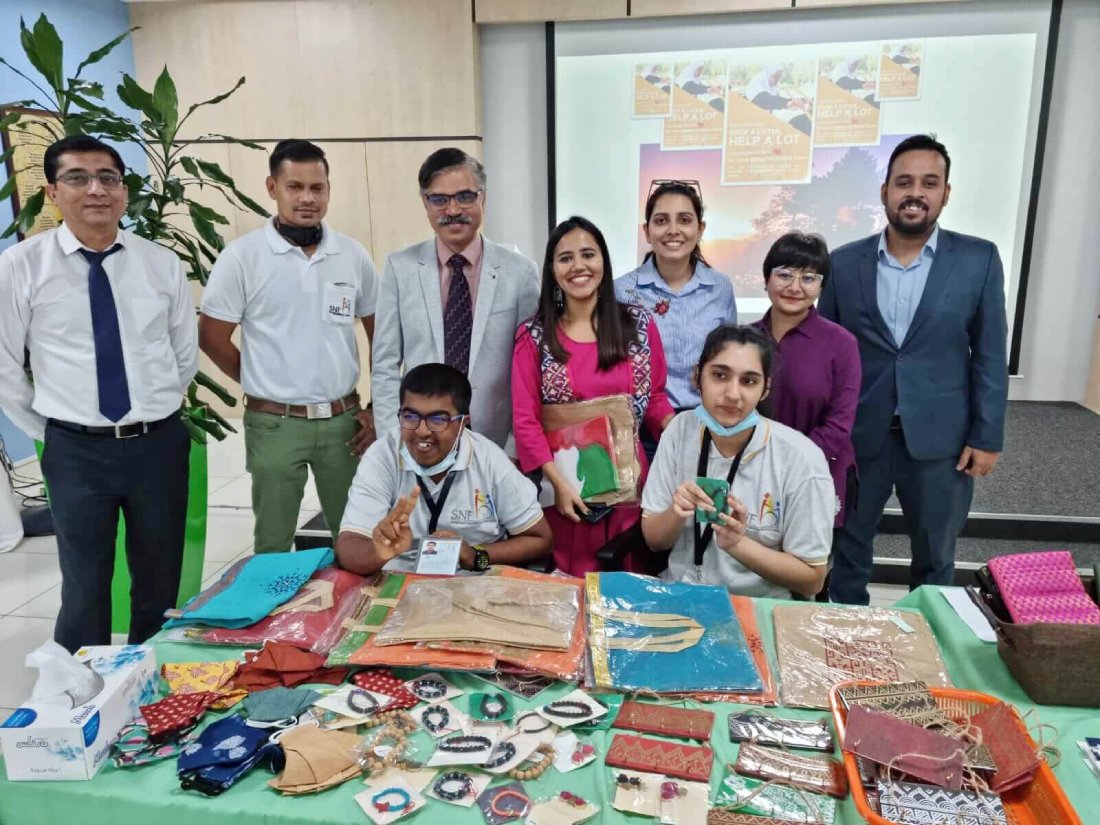 
Tristar Group hosted the Special Needs Future Development Center (SNF) Pop-up Shop at its head office in Jebel Ali as part of Dubai Chamber’s ‘Give and Gain Initiative of the year 2022.

The purpose of the pop-up shop was to build the students’ communication skills and confidence through interaction with different private and public groups while they promote the handicrafts they have created or enhanced such as paintings, jewelry, lanterns, keyholders, and greetings cards. Tristar staff interacted with the students and facilitators.

SNF offers personalized and professional support to young adults with special needs above the age of 14 and strives to provide quality training and development to students thereby helping them become self-sufficient personally and professionally.

Tristar has been supporting special needs centers in the UAE. Last year, the company funded a fully equipped bus as a donation to the Rashid… [...] 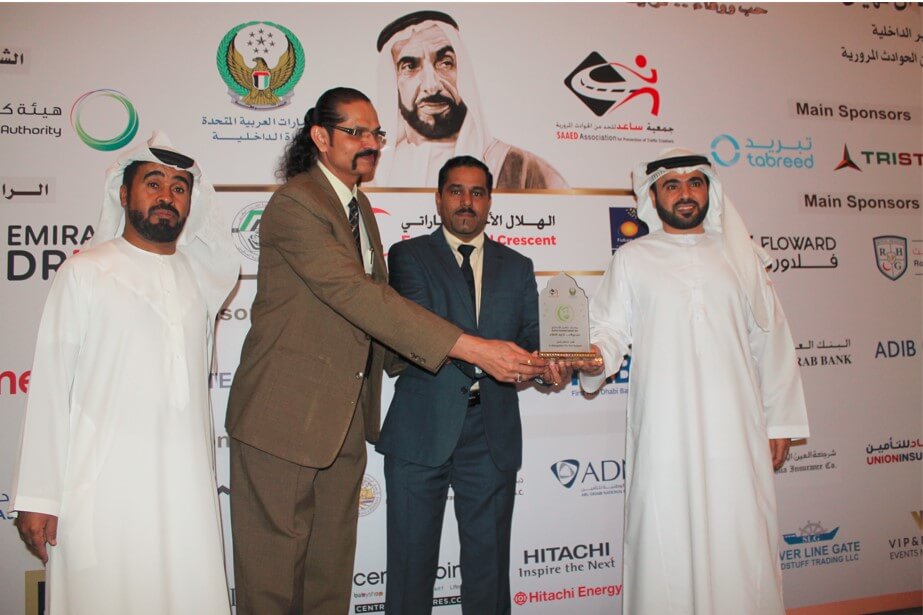 
Tristar Group was one of the main sponsors of the Zayed Humanitarian Day Iftar event organized by the Saaed Association on April 20 at the Shangri-La Qaryat Al Beri, Abu Dhabi. The association is known in the capital for its awareness campaign initiatives for the prevention of traffic crashes.

Sridhar delivered a short message about the company’s road safety journey and best road safety practices. Some proceeds of the event will be given to the association’s beneficiaries who are people of determination and orphans. 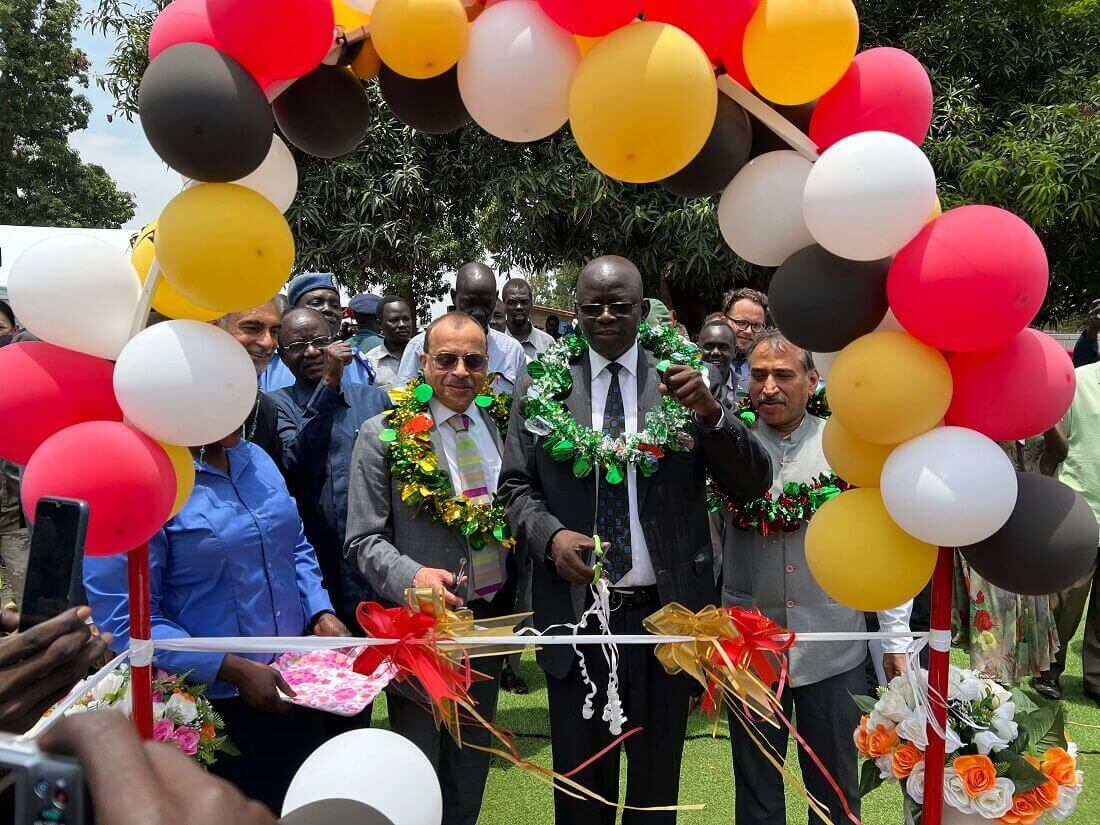 
Tristar Group’s specially-designed barge to be used by peacekeeping staff for their accommodation on the River Nile in South Sudan.

was inaugurated by the country’s Minister of Transport Madut Biar Yel, who was assisted by India Ambassador to South Sudan Vishnu Kumar Sharma and Tristar Group CEO Eugene Mayne. The event took place in the capital Juba.

The barge has been built with all measures to ensure that it is environmentally friendly while operating on the river. Tristar plans to build more barges that would create employment and business opportunities in the local community and enhance the technical competence of the people.

Mr. Mayne commented: “Our aim is to have a truly modern fleet operating on the River Nile and we look forward to constructing more such modern vessels. We are a responsible business and we always connect with the local community… [...]